March 19th Kabas presented their latest album, called Eugénie, at the arts center Nona in Mechelen, Belgium. With this first release concert they retraced their steps to the very place where Eugénie was recorded. The idiosyncratic acoustics of the concert hall of kc Nona where used as a fifth instrument. An extra feature to the normal Kabas setting is the addition of a harmonium. This instrument, which was saved from an old church, provides a new perspective on the established sound world of Kabas. The harmonium serves as a perfect adhesive between the rhythms and texture of the drums and comes pretty close to the sound of a flute and even an arco played double bass.

The name of the album, Eugénie, refers to the late Belgian writer Louis Paul Boon, more precisely it refers to the cleaning lady of Louis Paul. The first Kabas record, Abel (eNR044) was named after the book Abel Gholaerts, a pitchblack novel written by Louis Paul Boon. He intended to write a sequel, something more optimistic, but he never did. With Eugénie, Kabas writes its own imaginary sequel to Abel.

The artwork is made by hand, applying a chemical printing technique known as cyanotype. It’s a mix of various chemicals that are exposed to sunlight. Every inch that is exposed gets a beautiful Prussian blue color, everything else stays white. It is a technique invented in 1842 and shortly after, used by botanist Anna Atkins on her collection of algae, becoming the first female photographer. With this artwork we are giving the work of Atkins a modern touch; seas aren’t filled with only algae anymore; a lot of plastics is floated in it as well. Every piece of artwork (the vinyl and cards with download codes) is a unique piece of handmade cyanotype of plastic garbage.

Eugénie is release on the Ghent based label bwaa. and in collaboration with Troika vzw, a collective of musicians where multiple bandmembers are active.  bwaa. is a new label that was formed by Roel Goovaerts and Victor Van Rossem as a duo. The release of Eugénie will bet heir third release. bwaa. provided the concept and design of the artwork and produces it. 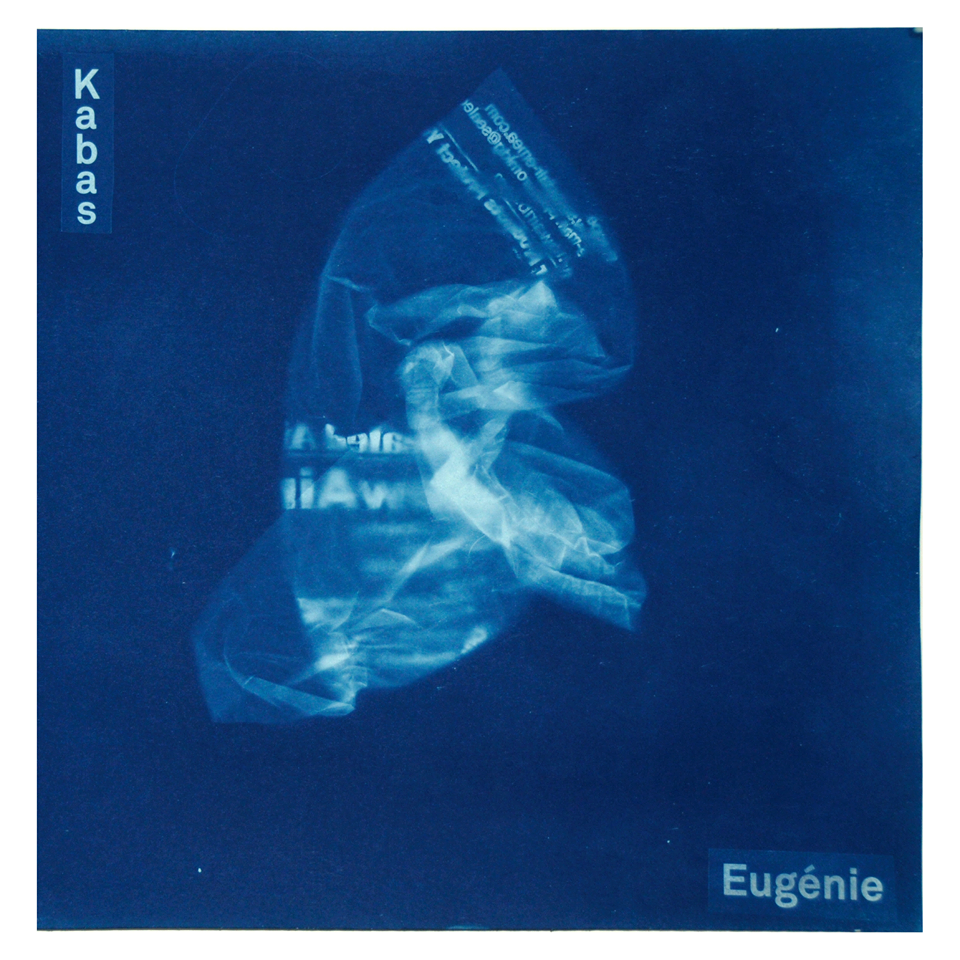